So Instagram has recently gone and done the unthinkable, which for many can only be likened to their greatest fear reminiscent of a modern-day horror story. THEY HAVE REMOVED LIKES FROM POSTS!!!! <insert that shock horror emoji>

But hold on, why would they do that? Surely you don’t throttle the currency that the platform relies on? After all, influencers and general public alike trade likes for happiness and affirmation. It is a platform that proudly flaunts its direct reliance on this medium of rating, previously uninhibited by changing algorithms and new rules (i.e. Facebook).

Well, the answer may be quite surprising… it’s down to the over-reliance of culture on likes. In an official statement, and according to the BBC, it is to “remove the pressure” on users.

“We hope this test will remove the pressure of how many likes a post will receive, so you can focus on sharing the things you love,”

The goal according to Mia is to try ensure that users feel less judged and to see “whether this change can help people focus less on likes and more on telling their story”.

A similar trial was launched in Canada in May and the new test is rolling out in several other countries including Australia, New Zealand, Ireland, Italy, Japan, and Brazil.

So, how does this affect businesses? Instagram said the test would not have an impact on the measurement tools for businesses. And users can still see the list of people who liked other people’s content by clicking into it. So while it seems like it is business as usual for brands and influencers, should this test be successful, it will change the way individuals experience the platform.

But perhaps they are on to something if recent studies are anything to go by.

Studies have linked social media platforms to affecting mental health, especially of young people. These platforms are rife with bullying, peer pressure, and an unattainable standard of beauty and success. Social media has been proven to be addictive too. If the content you are allowing to fill up your day, is hurting you, surely it needs to be regulated?

These proposed tests done by a social media giant, point to a changing perception of the future of the platform, and perhaps even social media in general. While this test has left business profiles unaffected (naturally as why hurt your cash cow) it has had a serious impact on the influencer scene. Seems like the jury is out on this one, with large numbers of the public celebrating the change, while those that make a living off the platform, lamenting it.

What will the future hold for the platform, and will we see this change hit our shores? Only time will tell. Perhaps, for now, channel your inner Hannibal Lecter and bite off as much as you chew from the platform, while the going is still good. 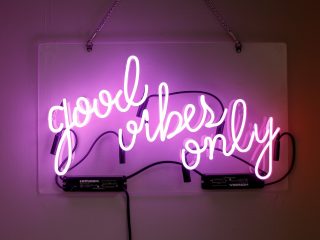 Next Post (n) Not everyone is your client, and that's OK.

You can toggle right click protection within Theme Options and customize this message as well.

You can also add shortcodes here.